“We are deeply concerned both by the alarming levels of spread,” said WHO chief. 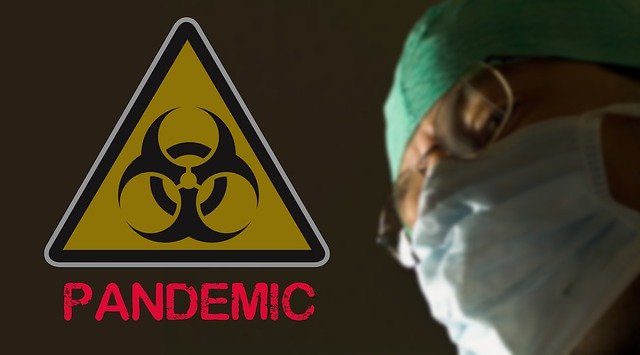 The World Health Organization said for the first time on Wednesday that it now sees the coronavirus outbreak as a pandemic.

“We have therefore made the assessment that Covid-19 can be characterised as a pandemic.”

The coronavirus, which emerged in China in December, has spread around the world, halting industry, bringing flights to a standstill, closing schools and forcing the postponement of sporting events and concerts. Even the Tokyo Summer Olympics are in question.

A pandemic is an epidemic on a far greater geographic scale that affects a much large number of people.

Before the WHO’s comments, Britain and Italy announced multi-billion-dollar war chests to fight the disease and the United States said it was considering new steps.

The Bank of England joined many other countries in cutting interest rates, by half a percentage point, and announced support for bank lending.

The United States, where the S&P 500 stock index was down almost 4 per cent, said its steps could include tax relief, to combat the virus that could put hundreds of billions of dollars into the US economy.

German Chancellor Angela Merkel said up to 70 per cent of the population was likely to be infected as the virus spreads around the world in the absence of a cure.

“When the virus is out there, the population has no immunity and no therapy exists, then 60 to 70 per cent of the population will be infected,” she told a news conference in Berlin.

A rebound in stocks ran out of steam on Wednesday, March 11, despite the Bank of England move. Money markets are fully pricing in a further 10 basis-point cut by the European Central Bank when it meets on Thursday.

As of Tuesday’s close, $8.1 trillion in value has been erased from global stock markets in the recent rout.

Centers For Disease Control And Prevention Urges Elderly To Stock Up On Food, Stay Home Amid Coronavirus Fears

How long do the best Ultrasonic Pest Repellers last for?

As far as taking good care of your home or garden is concerned, keep in mind that there is no need to create a molehill mountain. Instead what you can ...