The company has been hurt by a liquidity squeeze at both group and operational business level as well as the fallout from NMC Health, coronavirus-related travel restrictions and a downgrade of Travelex’s bonds

The lenders are in talks with Houlihan Lokey who’s advising BRS Ventures, to try to resolve the situation 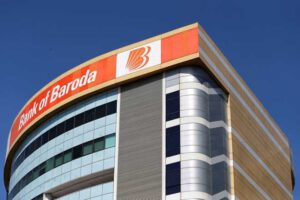 Banks from the UAE and India risk losing millions of dollars due to their exposure to London Stock Exchange-listed Finablr, the foreign-exchange operator that is preparing for potential insolvency.

UAE-based National Bank of Fujairah and Commercial Bank International and India’s Bank of Baroda are still owed about $300 million by Finablr’s parent BRS Ventures, which is owned by Bavaguthu Raghuram Shetty.

The loan was used to refinance a bridge loan for the acquisition of Travelex Holdings. BR Shetty pledged around 56 per cent of his shares in the firm as collateral for the loan when he was unable to repay it after Finablr’s initial public offering (IPO) last May 2019.

Since listing in London, the shares have plummeted about 93 per cent, giving Finablr a market value of GBP 77 million ($89 million) when it was halted from trading last week that is down from a peak of GBP 1.5 billion in December 2019.

Qatar National Bank and Doha Bank also risk losing millions of dollars due to their exposure to Finablr. The lenders are in talks with Houlihan Lokey who’s advising BRS Ventures, to try to resolve the situation.

Last week, Finablr, the owner of currency-exchange businesses such as UAE Exchange, Xpress Money, Travelex Holdings and Unimoni, said that it hired an adviser to prepare for potential insolvency proceedings. The firm also warned the board could not accurately assess its financial situation and said its chief executive officer was stepping down.

10 Best Games of the Decade