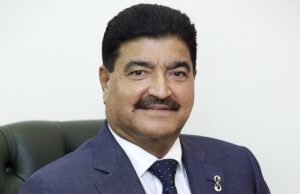 Dubai: The Central Bank of the UAE (CBUAE) has instructed financial institutions in the country to search and freeze all bank accounts of Indian billionaire BR Shetty and his family along with those of companies where he has a stake. The apex bank has also blacklisted several firms associated with Shetty along with their entire senior management.

In an advisory issued last week, CBUAE cited decisions of the Federal Attorney General and asked financial institutions to search and freeze any bank accounts, deposits or investments in the name of Shetty or his family members. Currently in India and facing a string of charges, Shetty is the founder of NMC Health.


The heathcare provider was placed into administration by a UK court recently following an application by the Abu Dhabi Commercial Bank (ADCB) which alone has an exposure of $981 million (Dh3.6 billion). Overall, UAE banks have a combined exposure of more than Dh8bn to NMC which owes money to Oman-based banks and financial institutions as well.


Probing credit facilities
The Central Bank has sought information about credit facilites extended to the Shettys along with details of their safe deposit boxes and the financial transfers they have made till date. A similar advisory has been issued for NMC Healthcare and NMC Holding, based on the decision of the Head of Plenary Fund Prosecution. The Central Bank has also blacklisted several companies associated with Shetty. Key staff members of these firms have been similarly blacklisted.

How to protect your Personal Information