WireGuard VPN – Everything You Need To Know About It 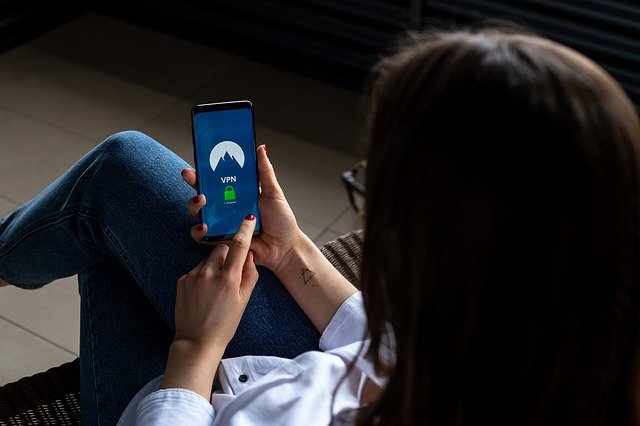 WireGuard VPN: In this digital era, the internet is like the base of every activity that we do. Indeed, it has made our lives much more comfortable, but with convenience comes security issues such as cyber-attacks. For this matter, VPNs were created. A VPN is used to provide a secure network connection to the users who work remotely so that they are safe from cyberbullies. The main advantages of using a VPN are:

One such VPN connection is WireGuard. It has been reviewed positively for its security features and speed. It can work on low-latency devices along with high-end servers at the same time. Although being a VPN technology itself, WireGuard is an open-source network connected to other VPN technologies for better performance and obtaining top-notch security. It was initially released to be used in the Linux kernel but now is available to be deployed in all platforms such as Windows, macOS, BSD, iOS, and Android.

Features of WireGuard VPN are:

WireGuard is easy and straightforward to configure.  Establishing a VPN connection is a simple task as most of the work is done transparently by WireGuard. Managing connection, daemons, or concerns about the status is not an issue when using WireGuard.

It uses state-of-the-art cryptography such as the Noise protocol framework, ChaCha20, Blake2, Curve25519, HKDF, and makes secure connections. It has been reviewed positively by cryptographers.

WireGuard is easily reviewable by individuals and implemented in very few codes than other VPN protocols such as OpenVPN, IPsec, which uses numerous codebases, and auditing them is a very hectic task.

The best features of WireGuard are that it offers very high-speed in both small devices and routers. reGuard makes the websites’ performance fast and smooth along with the secure connection, and if connected with some other VPN, it is even faster.

How well does WireGuard perform?

On Linux, WireGuard performs better than OpenVPN as it operates in kernel space and does not acquire userspace like open VPN. Many benchmarks have shown WireGuard as better performance in both security and speed than OpenVPN and IPsec.

However, with Android, iOS, macOS, Windows, and OpenBSD, it runs in userspace and does not perform that well compared to Linux. With these, the implementation is written in Go memory-safe programming language that uses userspace. But still, after all this, it outperforms OpenVPN and other protocols in many ways and most of the time.

Point-to-Point Tunnelling Protocol is one of the oldest VPN. It was developed by Microsoft and was integrated into Windows 95 and was designed for dial-up connections. Users’ disadvantage with this VPN is that it lacks the security feature that most modern VPNs offer. Though it provides good speed in moderate encryption, most users have switched to different VPN protocols.

Layer 2 Tunnel Protocol is a replacement of the PPTP protocol. It is often paired with protocol IPsec and once implemented, L2TP/IPsec is a secured VPN network and no known vulnerabilities.

It is an open-source protocol like WireGuard, and the developers can access its underlying code. It became prevalent due to the use of its 256-bit AES encryption and 160-bit SHA1 hash algorithm. It also provides adequate security and high speed.

Secure Socket Tunnelling Protocol is a popular VPN because of its full integration with every Microsoft OS. It uses 256-bit AES encryption and 2048-bit SSL certificates for authentication. The drawback here is that it is a Microsoft-developed protocol, and its underlying code is not allowed to the developers.

Internet Key Exchange version 2 is also a popular VPN protocol that offers a secure connection. It is generally paired with IPsec for authentication and encryption. It excels in re-establishing the lost connection quickly and switching from one connection to another, such as from cellular to WIFI.

These VPN protocols are very good at providing good speed and security on their own, but they perform much better if paired with WireGuard. Some of these VPNs connect with Wireguard, some of them don’t; you can easily check that out!

The popularity of WireGuard is growing day by day, and it is happening for a fair and valid reason. A reliable server with optimal performance is the one users look out for. VPNs do most of these things and provide a secure user experience; a better option is always welcomed. Many VPNs that already provide excellent and secure connections are already adopting WireGuard for better performance. You can also use WireGuard with your VPN for a better browsing experience.

How To Get Started And Make Huge ...

Dental Implants: 9 Amazing Benefits You Should ...