Which Are The Best Vodka Brands? – Complete Guide 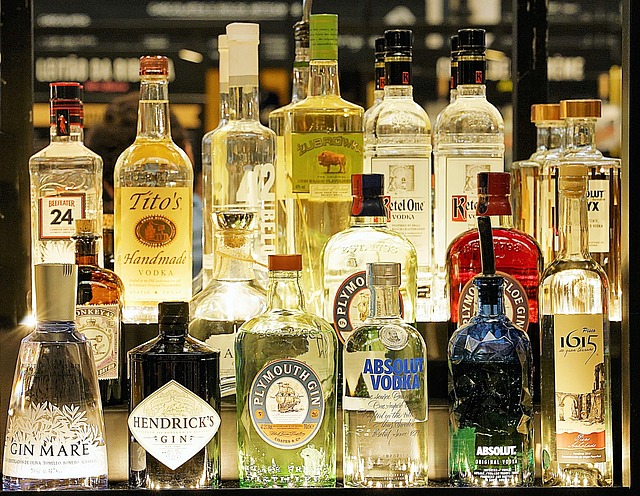 Vodka Brands: Vodka is one of the most popular types of alcohol around. In fact, it has been around since the Middle Ages in countries such as Poland, where it was originally used for medicinal purposes. More modern vodkas originated in the 1800s.

This drink is traditionally is served chilled on its own and is meant to be sipped, which is why today,  it’s often kept in the freezer. This is how it was served for centuries in its originating counties of Poland, Russia, and Sweden.

This is hard to imagine for some, given the unmistakably sharp taste it has. That’s why many prefer it in mixed drinks, which helps to cover up the taste. Vodka aficionados will prefer it served the traditional way.

Whether you are looking for vodka to drink on the rocks or to use in a craft cocktail recipe, you may be wondering: what are the best vodka brands? This can be an especially difficult question to answer when you consider just how many vodka brands there are on the market. Factors to consider that help to decide some of the best brands on the market is how many times it is distilled, how smooth it is, and where its ingredients are sourced from.

Again, much of what makes up the best vodka brands is simply an opinion, but a few brands are regarded as premium vodka across the board. These three vodka brands that are consistently given praise and considered some of the best around.

WHAT ARE THE MOST POPULAR VODKA BRANDS?

While the vodkas listed above are some of the best, there are other brands that are known more for their popularity rather than just their quality and taste. These brands are still very well made and unique in their own rights, but the ones listed below are simply ones that happen to be very popular crowd favorites.

WHAT IS THE PRICE RANGE FOR VODKA BRANDS?

Vodka may be versatile in its flavor profiles and distillation, but it is also very versatile when it comes to its price. There are some you can find at the liquor store for under $10, which are going to sting a little going down.

Then, of course, you have your more moderately-priced bottles, ranging from around $20-$50, which are the common brands most people purchase for their homes or bars. On the other hand, there is some vodka that is priced in the millions. Yes, you read that right—millions. See below a range of vodka brands for all price ranges and budgets.

WHAT ARE SOME DRINKS THAT USE VODKA?

As we mentioned, vodka is wildly popular for its use in cocktails and mixed drinks. There are tons of creative cocktails that use vodka as one of their ingredients. You can’t go wrong with a vodka tonic, which is one of the simplest recipes. You simply need tonic water, vodka of your choice, and lemons or limes. You can put all of these ingredients over ice.

A Bloody Mary is another popular vodka drink, and you can often find them on brunch menus. You need vodka, tomato juice, salt and pepper, lemon juice, and Worcestershire sauce. Then, you can top it off with a variety of things such as celery stalks, olives, bacon, and even shrimp.

You also can’t go wrong with a martini, which can be made into pretty much any variation you like. A classic one is made from vodka, dry vermouth, and bitters. Alternatively, you can make it with olive juice for something saltier.

If you’re feeling like a smaller and simpler drink, try a Black Russian, which needs only two ingredients: coffee liqueur and vodka. This is typically only poured at less than half a glass full.

Finally, another classic brunch option is a Screwdriver. All you need for this is freshly squeezed orange juice and vodka of your choosing.

The best vodka brands do differ depending on opinion and what exactly is being judged, but there are three that are pretty consistently rated as some of the best: Ketel One, Smirnoff, and Ciroc.

There are others that are highly rated just based on their popularity. Vodka ranges greatly in its price and can cost anywhere from just $10 to a jaw-dropping $5.5 million dollars. It’s an incredibly versatile liquor and can be sipped ice cold on its own or mixed into a variety of delicious cocktails.

6 Must-Know Tips for Choosing Your Wedding ...