A Basic Guide to Choosing a Folding Bike 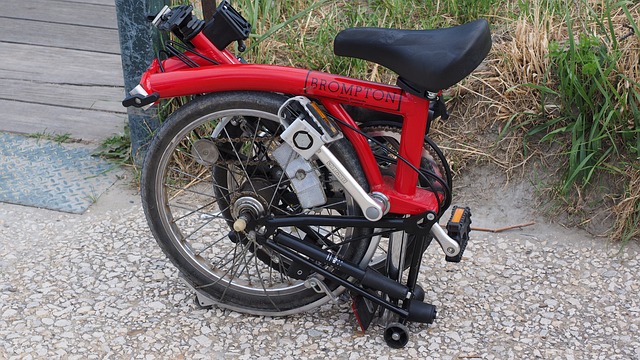 Folding Bike: Over the past two decades, the folding bike marketplace has erupted, culminating in a great multitude of options for a budding buyer over a broad price range that hits all finances. Foldable bikes are a flexible and underutilized cycling alternative. Perhaps your studio apartment has minimal storage space, or maybe your commute consists of a train, several flights of stairs, and an elevator. A foldable bike is a commuting problem solver and a lot of fun in a compact and versatile box.

There is almost certainly a foldable bike out there to meet your commuting needs, ranging from lightweight single-speed and cruise liners to electric bicycles.


9 steps for the selection of a Folding Bike

If you have to fold and unfold your bike regularly, you want the procedure to be quick and easy; so that you can finish the job with a slight pause.

In general, the more portable a bike folds, the more complex the folding process.

Aim for a bicycle that combines folding simplicity with the folded cycle’s overall size in a way that works best.

For instance, if you are a city dweller who often takes public transit and bikes from and to the workplace, you will require a bike that can be unfolded and folded.

Although you do not know where you can ride your bike, look at folding bike storage options with airlines and public transportation.

This information is accessible on the websites of the majority of airlines and other modes of transportation.

Don’t forget to consider the thickness of any cover you’ll use when deciding if a particular bike can fit in the room you have available. Folding bikes

Probably, you don’t want to buy a folding bike with a folding process that takes ages and is far too complex for you to fold the bike comfortably after a few attempts.

It is where how you want to use the bike comes into the equation. If you’re a commuter who’ll be taking your bike on commuter rail often, you’ll want a bicycle that can be folded and unfolded fastly.

If the folding steps are difficult or frustrating, you might want to consider a different brand of similar bike. Please inquire with a professional representative at a bicycle shop about products known for their ease of folding.

Folding bike wheels are usually available in five sizes. The best size for you is determined primarily by when and where you want to ride your bike.

On rocky surfaces and trails, smaller wheels are more challenging to navigate. Larger wheels are recommended for longer bike rides through the countryside.

Various brands and bike models may have attachments designed to protect the bike when in transit.

Tripods, which allow the bike to stand upright, and scratch protectors are two examples of accessories.

If you are riding your bike on mass transit often, you’ll enjoy a covering as well as elastic studs to keep your bike from being bruised – either while in transport or by repeated foldings and unfoldings. Keep in mind that certain safety accessories or mechanisms are required if you fly to certain countries.

Folding bike gear ratios are measured in “gear inches.” The number of gear inches needed for the best results from your folding bike is determined by where it is used.

A twenty-five-inch low gear is appropriate for almost any terrain, whether urban street or country track.

If you’re an urban cyclist who’ll be riding your bike mainly in the area, look for a bike with a top gear of about Seventy inches.

The way you want to ride your folding bike has a significant impact on the folding bike is right for you. Consider the landscape as well as the total duration of your rides.

In particular, it would be safer for a bike with more wheels and gears on longer trips. On the other side, a bike with smaller wheels and fewer gears is suitable for urban biking, where you can stop and start regularly.

Take into account the maneuverability. You want a bike with a more stable track when you want to ride in mountainous or hilly terrain to control more.

The best pneumatic tires for your folding bike depend on the location. Other features such as extra safety against puncture, regardless of where you drive your bike, will also be considered.

For example, a slick tire that allows more incredible speed, maneuverable movement will probably be your best option when you plan on driving your bike mostly on paved roads, and the rate is crucial to you.

For most folding bikes, there are few types of tires. That is why the tires available to choose the bike itself would become a factor. Make sure you can pick up the tires that are necessary when you find a frame you want.

There is no way to correctly assess a specific folding cycle’s performance without having the chance to ride it. Try to test various folding bikes so that you can compare them.

Most bicycle retail shops and some bigger sports goods stores arrange test trips, but maybe you have to ask for them. Take the trial on a field that better fits the countryside; you expect to use much of your bike.

As you’ve seen, no folding bike is perfect for anyone. The choice of a folded bicycle depends on how far you go. How far you are going to be commuting. What cost are you forced to spend? And where you’re going to combine it with mass transit or explore it.

We highly think that the only foldable bike that is perfect for anyone. It is the one that makes a pair with your requirements. And is like a fairy tale ending, where the two made for each other life prosperously.

Top Reasons why it’s worth Investing in ...

Onpage SEO : Internet marketing services can be different for every business. Sometimes a business only needs SEO. Sometimes, businesses need to focus on social media marketing and other things. To ...