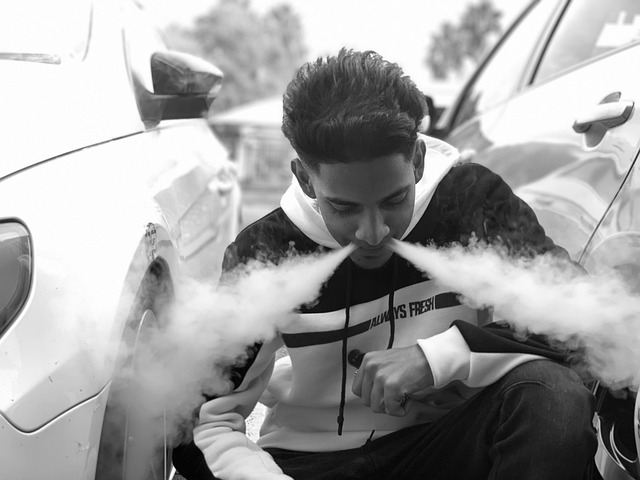 Vaping presents itself as a healthy alternative to smoking, generally accepted by the public. While vaping is different from smoking, it gives the same feeling and sensation as smoking. Also, the principle of a cigarette differs significantly from that of a vaping device, even though both devices’ results and overall effect vary.


Any chronic smoker would have noticed the various adverse effect of smoking on their health. The fact that they seem helplessly hooked on nicotine while increasing their chances for cancer and heart issues is there. The annoying cigarette smell that follows them everywhere, the effect of digestion amongst a host of other problems are what smokers deal with.

The introduction of vaping solved many of these issues. While vaping is not entirely harmless, users need not worry about life-threatening side effects. You can go about vaping without worrying about constituting a nuisance to everyone around. Your health will not take a severe hit, and there is no need to worry about cancer.

This article is centered on reasons why many people prefer vaping to smoking:

A typical cigarette contains various chemicals classified as toxins, such as arsenic, cyanide, nicotine, ammonia, lead, CO, and many others. According to research, at least 24 chemicals in cigarettes are dangerous to the human body.

About 50 deaths in Australia are linked to smoking. The combustion involved in smoking causes many terrible hazards for the lungs and mouth, increasing cardiovascular disease.

Vaping stands out entirely in its mode of operation. The primary substance in a vape device – the ejuice only contains VG, PG, and the flavor. Besides, the juice is not combusted but vaporized, making it easy on the body, especially the lungs.

All smokers have had to deal with the offensive cigarette smoke, which follows them around. This is because the particles from the smoke attach themselves to cloth, vehicles, books, and any surface around. As a result, long after you finish smoking, the offensive odor still lingers. Yet, this smoke is not only harmful to the smoker but also unhealthy for people around.

Another reason why people prefer vaping is that users need not deal with such obnoxious odor. When you use a dry herb vaporizer, you need not worry about such a smell. On the contrary, there are series of nice-smelling flavors that will not make you constitute a nuisance to people around you

Most vapers do not realize or tend to recognize when it is too late is the huge amount of money they spend on vaping. The price of a cigarette pack is high, and factors like tax add up to its overall cost. This could translate into a lot of money for the chronic smoker who needs to smoke daily to satisfy the cravings. There are causes of vape leak too.

Many people, on choosing vaping, realize the tremendous money-saving capacity. Even though the initial price of a vape device might be high, it is a one-time investment that all vapers need to make. Consequently, e-juice is the only recurrent expense, with an average price of $10, and will last you for up to a week, depending on the frequency of vaping.

Sadly, it is not only the health that takes a hit when people vape. The series of smoke released while vaping affects the environment. Such smoke causes air pollution, which contributes to global warming.

Since vaping does not involve any combustion, it is not toxic to the environment in any way. This explains why many people prefer vaping as it is gentle on the body and the environment. Even the environmental activists that have cried out against smoking in many countries have no issue with vaping.

Fire is involved in the equation of smoking, which makes it a safety hazard. Many accidental fire incidents are linked to cigarette butts. Smokers do suffer from accidental burns because of the habit. The risk will always be there with the conventional cigarette, and not many people will exercise caution when smoking or disposing of a cigarette butt.

However, many people have been able to overcome this risk by switching to vaping. It is a better alternative to smoking as there is no combustion, which removes the risk of starting any fire accidentally.

Traditional tobacco did not give smokers many options as they are stuck with the nicotine flavor. While there are other flavors, they are not easy to come by, unlike the nicotine flavor. Nicotine, the primary ingredient in a cigarette, is addictive and has many side effects like lower appetite, increased heart rate, blood pressure, nausea, vomiting, etc. Sadly, it is addictive as well.

Vaping, however, corrected many of these errors. As a result, users now have access to series of flavors, and you can select something that ticks their box. The flavors available are endless, like citrus, cherry, chocolate, apple, menthol, strawberry, caramel, and many others. The freedom to experiment with a series of flavors until you find something that resonates with you is one reason why many people prefer vaping.

For every stick of cigarette, there is a predetermined level of nicotine in it, which you have no much control over. This means that for every stick of cigarette, you are subjecting yourself to that nicotine amount. Vaping, however, gives way out as you are in total control of the level of nicotine in your vape juice. You can even vape without nicotine, which is pretty good for your health. Besides, this is good news for people who want to vape without worrying about nicotine dependency.

The absence of combustion in vaping got rid of many of the side effects of smoking. As a result, vapers inhale cool vapors in contrast with the hot smokes of a traditional cigarette.

The hot smoke does not help the lungs and airways because excessive smoking makes the cell in charge of mucus production multiply. As a result, a chronic smoker produces so much mucus that the lungs cannot clean them entirely. Therefore, they remain in the airways leading to coughing.

Users need not worry about this with vaping, another reason why many people prefer vaping to smoking.

Many people love smoking but the series of health hazards associated is a cause for concern for many. With vaping, however, it is possible to simulate and enjoy the sensation of smoking without dealing with the various negative effects.

What is Off-Page SEO? And its Importance